Money and What Matters

From my November column in the South Dakota Automobile Dealers Newsletter:

I recently read a book that was very appropriate for this time of the year. The book was The Secret of Shelter Island: Money and What Matters by Alexander Green who is a financial analyst and bestselling author. In it, Green explores the complicated relationship we all have with money and reveals the road map to a rich life.
The book puts money into perspective, without in anyway downplaying its importance. It’s a very unusual combination, and very useful.
Green refers to John Templeton’s Discovering the Laws of Life in which introduces the concept of thanksliving. Thanksliving means practicing an attitude of perpetual gratitude. Templeton suggests that we’re thankful for both our blessings and our problems. It’s through dealing with our problems that we become stronger, smarter, tougher, and more valuable as spouses, parents, employers… human beings.
I really enjoyed this book. I found myself returning to the chapter on The Difference Between Getting Rich and Being Rich several times. It is not an investment book, but rather a "life" book that you will want to read over and over again. I recommend it.

Coming to a Theatre Near You! 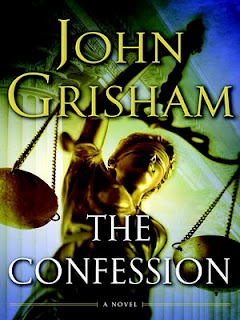 I enjoy John Grisham books. I think he is a great storyteller and while some of his books are "brain candy" (The Firm, The Pelican Brief, The Rainmaker, etc.), others have given insight into a legal subject. The King of Torts is a great look into our countries tort system.

The Confession takes a very thought provoking look at capital punishment. The storyline is believable, yet incredible at the same time. This book confirmed my own belief that we must rethink the death penalty. I have come full circle on this subject and I think I appreciated this book more because of that.

The book is very well researched. I found myself wondering who let him stand by their side to go through this experience. It is pretty obvious that Grisham has strong feelings about the death penalty.

I was sitting in the driveway finishing a chapter a couple times. Grisham has a gift for keeping you feeling so "on the edge" for so much of the book.

If you're a Grisham fan, enjoy legal thrillers or want to take another look at capital punishment, I recommend The Confession. 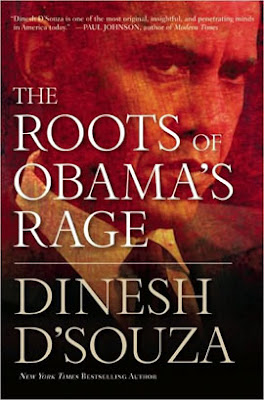 D'Souza offers a very unique hypothesis and different view as to why Obama has such a "chip" on his shoulder.

After reading D'Souza's well-researched book, I see Obama in a whole new light. I now understand the roots of his thinking. Now his agenda makes sense to me and is even more disturbing. When I hear Obama speak now, I know that I am really hearing his father who was a sad, bitter and wrong thinking man who held extreme resentments against western culture.

I believe this is a very insightful look at our American president and one that offers a very different perspective - he's not an African American radical, a big-government liberal or a socialist. But rather he's a a deeply hostile anticolonialist.

President Obama is not an American Negro. He is unlike the offspring of Negro slavery. He is anti-colonial, and he considers America and its close allies to be colonial exploiters of the Third World, the home of his African ancestors.

I recommend this book to anyone wanting to learn about what makes Obama tick.
Posted by Doug Knust on November 03, 2010 No comments: