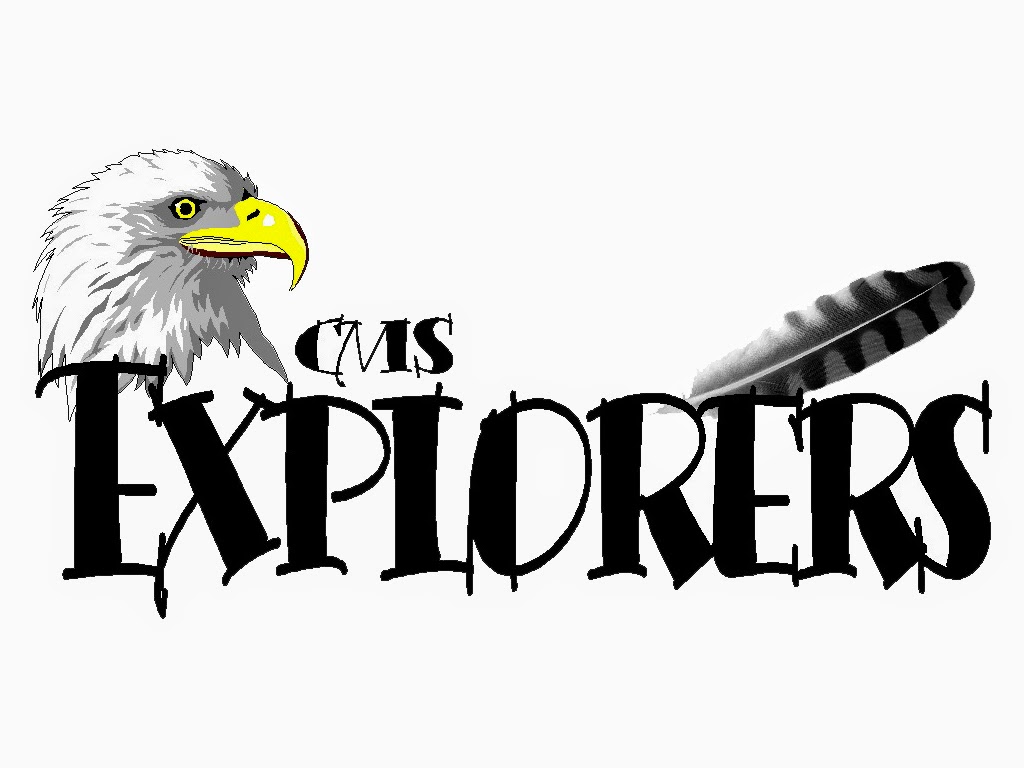 The Explorers Club is a service club for 6-8th grade boys in Chamberlain (SD) school and St. Joseph's Indian School. The club is not affiliated with either school but receives great support and encouragement from both!

This Saturday is the 13th Annual "Explorers vs. Dirty Cars" car wash. This event is a "wash-a-thon" whereby the Explorers secure pledges for each car washed during the six-hour car wash. So over the past two weeks, the 27 members of the Explorers Club have been pounding the pavement around town (and calling family members!) asking for pledges.

Each member has a goal of at least $1.00 in pledges. Some people prefer to make a donation and the group certainly appreciates that support but it is donations that really drive this event. They hope to have at least $30.00 per vehicle washed pledged by the time the car wash starts on Saturday.

The Explorers have washed as few as 69 vehicles (the first year) and as many as 142 vehicles (large group, nice day) during this event. They have washed 1,070 over the first twelve car washes (it seems like we've washed so many more than that!). But regardless of how many cars are washed, it will be a wild six hours at Harry K Chevrolet-Buick on Saturday.

The project is a very good one for these guys in many ways. The money that they raise ($4,000-6,000) will go to the City of Chamberlain to help pay for new playground equipment at the American Creek Day Use area - a park used by many people in our community and many visitors. The equipment will enhance the park in a great way.

In addition to a great cause, they also learn about planning, execution, salesmanship, leadership, teamwork and hard work. Some learn about these more directly than others. 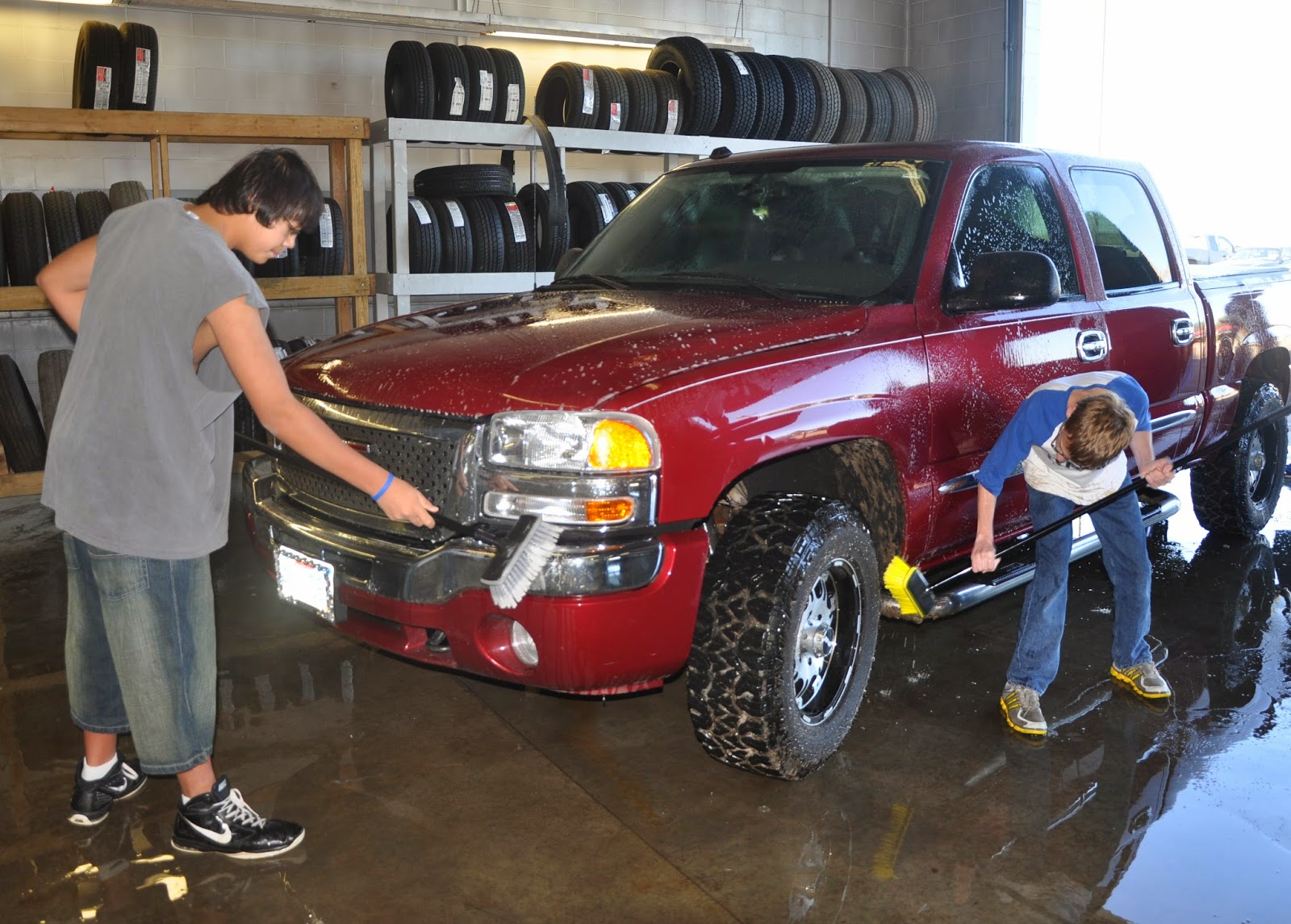 We rely on the 8th graders for leadership. Since, for most of them, it is their third car wash, they know what needs to be done and how to do it. At this point in their 8th grade year, they are mature, young leaders and the task suits them well.

I like to say that adolescent boys will do some mighty miserable tasks - as long as they can do it with their friends. I will bring my DJ equipment and play some tunes and I can bark out orders over the PA system. We try to make it as fun as possible. But standing on the concrete washing cars for six hours is work at any age!

One of the great challenges of the car wash is that they don't rush the job and that they keep the "quality control" up to an acceptable level. Since they all know that they make more money when they wash more vehicles, they start to hurry when the vehicles start to line up outside.

Sometimes we have to run a car back through the process and wash it again. Sometimes a car makes it out of the wash with a poor wash job. A poor wash job is like a temporary tattoo - everyone notices it. Nobody notices a dirty car since most exist in that state. But a car that has swirl marks or has dirt remaining on one body panel is noticed by all. 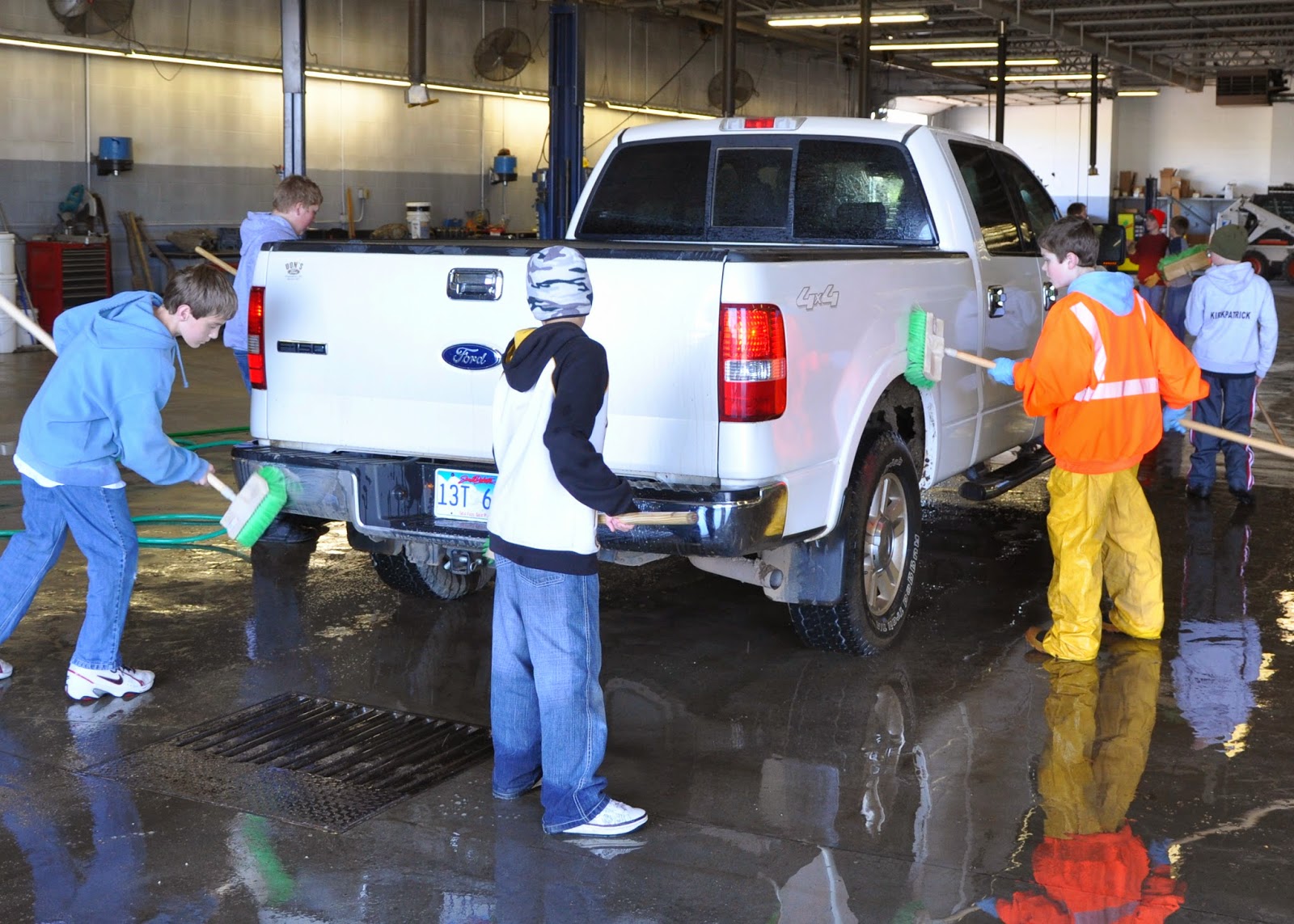 We talk about proper wash technique in our final Explorers meeting before the car wash but, when the cars pile up outside, they get in a hurry and deliver a few "tattoos".

Parents and teachers have been so generous and supportive through the years. Most have their whole fleet washed and vacuumed during the car wash. One year, the guys cleaned 95 cars despite the fact that it rained outside the entire time they were washing cars. Most of those vehicles belonged to parents and teachers.

The Chamberlain-Oacoma community has been very supportive through the years too. Most people recognize that this is the Explorers' big fundraising event of the year and that the money flows back to the community. I think people like to see adolescent boys working hard together on a project that serves someone else.

That is a pretty impressive list by any measurement. The Explorers have created a great tradition and legacy over the past 13 years and the "Explorers vs. Dirty Cars" car wash is just one part of it.

So if you car is dirty (or even if it isn't), bring it to Harry K Chevrolet-Buick on Saturday between 9:00 am - 3:00 pm for a wash and vacuum. It won't cost you anything and it will help raise about $30 for the playground equipment!!
Posted by Doug Knust on April 24, 2014 No comments: 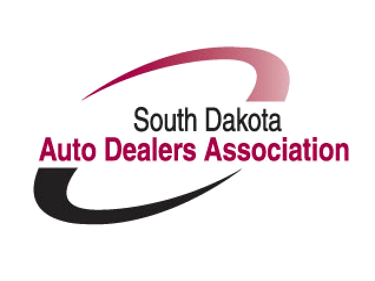 I recently returned from an NADA Finance Committee meeting in New York. While there, I was able to attend the NADA/JD Power Automotive Forum. This was the fifth annual one-day event, originally organized by NADA, bringing together leaders from OEMs, suppliers, retailers, and the media to discuss how industry and economic conditions will shape the future. Dealers have participated in forum panels in years past, but never has the NADA Chairman addressed the group.

This year, NADA Chairman Forrest McConnell kicked off the NADA/JD Power Automotive Forum with a great speech about the consumer benefits of the current franchise dealer network for sales, service and handling vehicle recalls. But he used his southern wit and charm (and colloquialisms) to bring his message to a level all could appreciate.

Just a sample of McConnell's magic: "If you tip a waiter 10% you're cheap. If you tip 3% they're on you like a rat on a Cheeto. The franchise system is a model that drives competition up and prices down. It is singlehandedly the best model for selling vehicles anywhere. The auto industry needs the franchise system."

Forrest is a great ambassador for the nation's dealers. But I'm thinking that the Yankees in the room had a visual on the big fat rat (with sunglasses) eating a Cheeto that mighta caused them to miss the rest of his point!! Gotta love those southern colloquialisms.

These links will give you more information on McConnell's speech. You can see his CNBC interview here.

I don't know if you saw this article in American Banker but it really lays out how the Consumer Finance Protection Bureau works (dubiously) to shape the media's message to the public by bringing in hired guns and imposing midnight media embargoes to prevent opponents from  commenting in the same news cycle. This would seem to be all fair in a competitive business world but not in the context of a government shaping its message to the public.

I agree with the comment at the end of the article: " Objectivity and transparency continue to be challenges for the CFPB. But rather than cure these deficiencies, the Bureau appears to be increasing its biases and opacity."

Average wholesale prices of used cars and light trucks up to eight-years-old will decrease by a range of 0.5% to 1% in 2014, according to the NADA Used Car Guide in its latest report, 2014 Used Vehicle Price Forecast (which you can download here). This modest drop will keep levels on par with 2012 and 14% higher than 2010. “Economic growth is expected to accelerate to its fastest pace since 2005, keeping demand for new and used autos high,” said Jonathan Banks, executive automotive analyst for NADA Used Car Guide. “A strong economy, combined with other positive factors, leads to a more positive outlook for used vehicle prices in 2014.”
Posted by Doug Knust on April 17, 2014 No comments:

It was only a coincidence that Christopher Steiner's Automate This: How Algorithms Came to Rule Our World and Michael's Lewis' Flash Boys: A Wall Street Revolt ended up in consecutive order in my reading que. Steiner's book was my way of treading water while I awaited Lewis' latest. But I could not have picked a better prelude for Flash Boys.

I have been a big fan of Lewis since reading Moneyball almost ten years ago. When I saw that he was releasing a new book, I pre-ordered and waited. In the meantime, I came across Steiner's interesting book about a brave new world where humans use computers to make complex decisions.

In it, Steiner aptly tells readers what, when, why, and how bots will come to make our lives different - sometimes better and sometimes not so much. Computers and the people who write the algorithms are helping humanity and at the same time gaining a huge edge over people who don't understand and use computers and have the capital to take advantage of their capabilities.

I found the narrative to be excellent even if slightly terrifying. He offers multiple illustrations of the double edged nature of automation. Trading algorithms allow investment houses to cash in on market imperfections. A robot pharmacist fills prescriptions flawlessly. A computer program composes new scores in the styles of 18th century masters. Those of us who earn a living through the application of specialized knowledge are under siege. Algorithms that fabricate our refined decision trees enable computers to do a day's work in the blink of an eye. 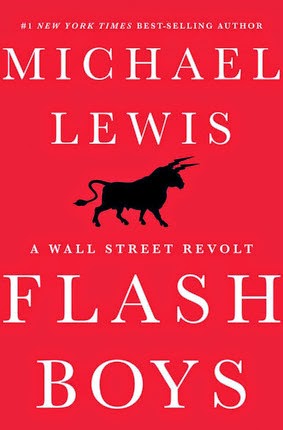 In Flash Boys, Michael Lewis again takes a complex scenario and zeroes in on the characters who made it interesting. This is his compelling, chilling account of how the equities markets have been systematically undermined in the past decade.

Lewis does a great job of highlighting not just the technical arms-race, laid out quite well in Steiner's book, but the repercussions of it. Flash Boys reveals the true state of the public markets today.

He illustrates how high frequency traders add nothing to the operation of the capital markets but turn their intermediary role into huge profits. The big banks have their operations, including "dark pools," as well as the independent traders and none of them provide authentic records of transactions.

Flash Boys is an interesting story, but the most interesting part of the story is yet to be written. Three days after the publication of Lewis’ book, Attorney General Holder announced that the Department of Justice has an on-going investigation into high-frequency trading on stock exchanges. High-frequency traders may not be illegal in the strict sense, undoubtedly it has a detrimental and costly effect on the markets.