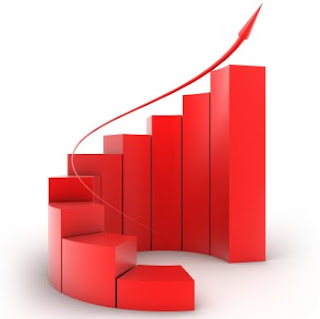 There is a story about an optimist who fell from the top story of a skyscraper and as he passed the fourth story, he was overheard muttering, "So far, so good!"
Car dealers are a pretty optimistic lot. We can go several days without selling anything but each morning starts with the thought that “today we’ll sell ten cars”. That’s why I enjoy the company of fellow dealers. There is always a “silver lining”.
Search “car dealer optimism” on Google and you’ll find dozens of recent stories about dealers’ optimism for the 2011 year end. I’ll suggest that we are always optimistic. It only makes news when others think we should be optimistic.
2012 Convention on Pace to Be Biggest Since 2008
Expect that optimism to carry over this February, too, when we head to Las Vegas for the NADA/ATD 2012 Convention & Expo. If the last few months of 2011 are any indication, we have a lot to look forward to in 2012. The Expo is sold out. Convention attendance is up, which means the 2012 convention is shaping up to be one of the biggest in recent memory.

This convention will mark the first time NADA and its American Truck Dealers (ATD) division will host a combined event for car dealers and heavy- and medium-duty truck dealers. And early interest is off the charts. For the first time since the economic collapse of 2008, we’re on pace to draw more than 20,000 attendees.
As always, we’ll have a host of dynamic speakers, including Chrysler’s Sergio Marchionne; Aron Ralston, the climber who inspired the Oscar-nominated film “127 Hours”; and, our keynote speaker, former President George W. Bush. NADA University is offering more than 50 workshops, with two full workshop sessions beginning Friday, Feb. 3. And J.D. Power and Associates will again co-host Friday night’s Welcome Reception. We’ll also crown a new TIME Dealer of the Year and announce the winners of the ATD Commercial Truck of the Year and ATD/Heavy Duty Trucking Truck Dealer of the Year awards.
It’s going to be quite an event – and not just because it’s Super Bowl weekend! Hotel rooms are filling up quickly. In fact, seven hotels have already sold out. So if you haven’t done so already, make your plans today to attend by visiting www.nadaconventionandexpo.org. There’s no better place to take the pulse of our entire industry. And chances are the outlook will be … optimistic!
New Tools Make it Easier than Ever to Plan Your NADA 2012 Experience
NADA has several new tools to make the most of your experience at the 2012 NADA Convention & Expo. Here are a few:
• Follow convention news and updates on our new blog at http://nadaconvention.blog.com.
• Follow convention activities on Twitter, Facebook and Linked In.
• Create an action plan with myNADAplanner, an online scheduler that allows you to connect with exhibitors, search workshops and speakers and schedule franchise meetings.
• Download the NADA 2012 mobile app for iPhone or Android. Sync your app with myNADAplanner and carry your personalized schedule in the palm of your hand.
NADA Continues to Vigorously Defend Dealer-Assisted Financing Model
The Federal Trade Commission (FTC) conducted its third and final Motor Vehicle Dealer Roundtable on Nov. 17 in Washington, D.C. The FTC is examining what, if any, actions it should initiate to further protect consumers in the area of vehicle financing. The actions it may pursue include rulemaking, enforcement, and consumer and business education. As with the two prior FTC roundtables in Detroit and San Antonio, NADA representatives provided a vigorous defense of the dealer-assisted financing model and provided extensive information to correct and rebut a series of misstatements made about various dealer practices. NADA also underscored that, despite repeated requests for empirical information from the FTC, the consumer group allegations of dealer misconduct were anecdotal and unsupported by current and reliable data demonstrating that they are widespread.