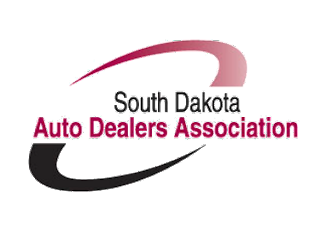 If you know me, you know of my interest in and passion for politics. I follow politics at all levels - whether local, state or national.

NADA Chairman Jeff Carlson has appointed me as the chairman of the Legislative Affairs Committee for 2016. I am grateful for Jeff's confidence and I am looking forward to working with the tremendous Legislative Affairs staff at NADA in the coming twelve months. Our challenges are many. You have read about them in this space.

If you have followed this space, you know that we are defenders. We defending our business model, the franchise system, our product, our customers, general business practices and our OEMs. I never liked defending when I played sports, but I believe that I have gotten better at it. With practice comes proficiency!

I encourage you to contact me with ANY concerns, questions, thoughts or ideas you might have for NADA Legislative Affairs.

The House Financial Services Committee recently said the Consumer Finance Protection Bureau could be sending payments from Ally Financial’s $80 million settlement fund to non-Hispanic white borrowers because of a potentially unreliable race identification method. This, according to internal CFPB documents.

In fact, the administration is literally just making up victims to meet the number prosecutors announced in the settlement two years ago. The government has had to send out more than 400,000 queries to Ally borrowers asking them if they are black or Hispanic.

Of course, it’s Obama and his race-mongers who are hurting consumers.

With their meritless discrimination cases, they are jacking up the cost of auto loans for average Americans — including minorities with good credit. And with their bogus payouts to phantom victims, they are also denying employees of Ally and these other auto companies, many of whom are minorities, tens of millions of dollars in pay raises and bonuses.

Meanwhile the racketeering agency has added Toyota Motor Credit to the list of auto lenders it has extorted (along with Ally, Fifth Third Bank and Honda Financial Services). The payments by these lenders now total over $112 million. We can look forward to seeing how the rest of this money will be distributed!

Hotel rooms are still available in NADA’s block but they are going fast. The  convention—which runs from Thursday, March 31, through Sunday, April 3, 2016—will be held at the Las Vegas Convention Center. For more information or to register, visit www.nadaconvention.org.
Posted by Doug Knust on February 05, 2016 No comments: