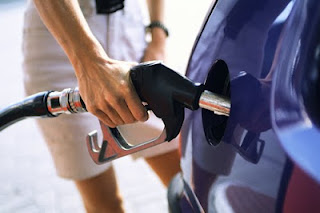 Do you think you could sell a full-size pickup that got 50 miles per gallon? How much could you sell a truck like for? Could you get $75,000? $90,000? Would South Dakota farmers and ranchers be lining up to buy that truck?
I believe most dealers just want to be able to sell their customers a vehicle that fits their needs at the best price possible. The Obama administration has estimated the proposed 54.5 mpg by 2025 mandate will add an additional cost of between $3,100 and $3,600 to the price of a new vehicle (that is in today’s dollars). I wonder if that additional cost will be the same on a full-size pickup as it is on a compact car.
It seems like just yesterday we were talking about the new fuel economy standards for Model Years 2012-2016. But the Obama administration, driven to act by California, is particularly motivated to get the next round of standards done three years before they are required to do so.

This latest proposal – 54.5 mpg by 2025 – is raising some eyebrows. Most automakers have, in principle, agreed to the plan. But it’s far from the finish line. And if a growing number of members of Congress have their way, the administration’s efforts could be put on hold.
Last month, NADA applauded the bipartisan efforts of Congress members who sent a letter to the chairmen of the powerful House appropriations committee and the House appropriations subcommittee asking them to give the Environmental Protection Agency a one-year “time out” from their work on fuel economy standards for 2017-2025 and prevent California from implementing its “patchwork” fuel economy regulations. Members of Congress asked for support of an amendment by U.S. Reps. Steve Austria, R-Ohio, and John Carter, R-Texas. That letter and recent oversight hearings featuring several prominent House members, including Rep. Darrell Issa, R-Calif., chairman of the House Oversight and Government Reform Committee, have ramped up pressure on the administration to justify its cost assessment of its proposed fuel economy rule.
NADA thinks it’s entirely too early to be talking about fuel economy proposals that won’t even be acted on until 2015. We’re backing a more practical approach that will allow us to learn from the current standards and see how consumers in the marketplace react to them. That’s why we support the Austria-Carter amendment, which seeks to ensure the impact of these rules on jobs, consumer choice and vehicle costs are properly evaluated. The amendment would also achieve one of NADA’s top regulatory priorities by temporarily returning rulemaking authority to the National Highway Traffic Safety Administration (NHTSA), the only agency required by law to consider the economic and safety impact of fuel economy increases.
Since this issue could severely affect our ability to provide our customers with the cars and trucks they need and can afford, our goal is to have regulators address legitimate questions about cost and affordability. With the help of Congress, we just might get that chance.
Take a Look at What’s New on NADA University
Have you browsed through Learning Hub and Resource Toolbox lately? NADA University is constantly enriching both centers with new content. Newly added online courses in Learning Hub include “Creating a Special Finance Operation” in the “Sales/Leasing/Finance” category, and “Overcoming Obsolescence” and “Unlocking Frozen Capital” in the “Parts” category. “Phone Fundamentals: Use Them or Lose Customers” is coming this month to NADA U’s new “Fundamentals” category. In Resource Toolbox, there’s a wealth of new entries under “Industry Information,” including NADA 20 Group’s Dealership Performance 2011 vs. 2010 and a SEMA study on “Influence of Accessories on New Vehicle Sales.” There’s also a new “Tip of the Week” category focusing on building strong customer and workplace relationships. Our new Driven Management Guide, A Dealer Guide to Federal Excise Tax Compliance, is also coming soon.
Watch New ‘Dealer Pain Points’ on NADAuniversityblog.com
NADA University continues to add to the popular “Dealer Pain Points” series. Look for these new videos and accompanying information: “Supersize Service Sales,” “Process Makes Perfect,” “Are You the Best-Kept Secret in Town?” and “Magic of Disappearing Profits.” All of these videos are in the “Service” category. In “Parts,” find “The High-Wire Act in Parts,” “Hide and Seek: A Costly Game,” and “Bermuda Triangle Swallows Parts Profits.”
Posted by Doug Knust on November 15, 2011 No comments: