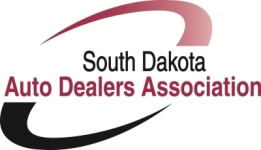 I believe the next fight coming between the automobile industry and federal regulators is on the fuel economy front. The battle will be over whether to relax the Obama administration’s future mileage targets. While the direct combatants may be the feds and the OEMs, the dealers (and our customers) will be in the crossfire.

The Wall Street Journal reported last month that government regulators said that U.S. auto makers aren’t on track to meet the administration’s fuel-economy standards, but added that the "industry does have the technical ability to meet them" even in the face of cheap gasoline prices.

I'm guessing that you're like me in that you just want to sell whatever your customers want to buy. If there was an overwhelming demand for electric vehicles, dealers across the country would be stocking more of them and selling more of them. But there isn't and we're not! We know that the competitive forces among OEMs compel them to do the same thing - build the vehicles customers want to buy.
My real concern in this upcoming fight is the plight of the light duty truck - specifically the pickups our South Dakota customers drive on a daily basis.  They need a full size truck to do their work. It is work station, an implement, an office and perhaps, even their family vehicle.

While I hope I'm wrong, I don't believe we will see a full-size pickup that will get 50 miles per gallon anytime soon. If we do, I just hope that the OEMs that I represent can offer one!

In the mean time, we do not want the federal regulators to handicap ag producers, working people, outdoorsmen and other truck buyers by downsizing and depowering their pickups.