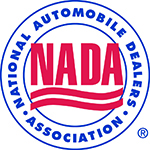 I hope you saw the email from NADA chairman Stephen Wade to directors that I forwarded to Myron and asked that he send to SDADA members. The email indicated NADA has commissioned an independent study that will take an in-depth look at the issue of manufacturer facility image programs. This one resounding concern is heard over and over and from all parts of the country, regardless of dealership size or brand.

As Stephen Wade put it in his email to directors: “The perception today is that facility investment decisions dealers must make are often based on subjective factors: opinions, pressure and personalities, which is no way to guide such significant spending. NADA has undertaken this fact-based study to look closely at the various factors that drive the return on investment of facility programs, both positively and negatively, in order to move the facilities investment decision onto an informed, rational and fact-driven footing. In other words, we want to find out the truth so these important decisions can be based on facts, not perceptions. The study will be completed in the coming months, with a detailed White Paper by the end of the year.”

I have made my opinion on this issue well known in this space several times. I hope this is the first step for NADA to fully engage on this topic. 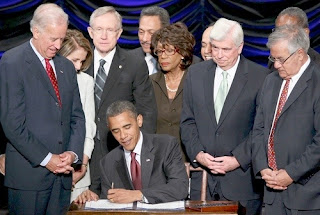 It's hard to believe it's been a year since Congress passed one of the biggest regulatory overhauls our nation has ever seen. I'm talking about the so-called Dodd-Frank law (also known as the Wall Street Reform and Consumer Protection Act), which takes aim at lending standards that Congress members believe led to the financial crisis of 2008 and 2009.

Thanks to our successful grass-roots campaign in 2010, dealer-assisted financing was saved from additional federal oversight under the Dodd-Frank law. But auto loans, and more specifically the processes our F&I offices use to issue them, have been affected by the new law, which includes several provisions related to disclosure of credit terms and action a creditor must take when turning down a loan application.

Here are two big changes every dealer should know about and some ways NADA is helping us comply with these new rules.

1. New credit score disclosures for adverse action notices – Starting July 21, creditors who use a credit score in taking adverse action (such as turning down a request for credit) are required to include the consumer’s credit score in the notices they provide to customers. To help dealers comply with this new rule, NADA has updated its “Dealer Guide to Adverse Action Notices,” explaining when an adverse action notice must be issued, what the notice must say, when dealers can rely on a finance source’s notice and other important issues. This guide also includes a model adverse-action notice that NADA developed for dealerships based on the government’s model notice. To download the guide, sign in to or sign up for NADA University at www.NADAuniversity.com, select “Resource Toolbox,” then “Driven,” and “Legal/Regulatory.”

In addition to the guides, NADA University has produced a brief video on the changes featuring NADA attorney Brad Miller. You can also view the archived webinar “New Credit Score Disclosures for Adverse Action and Risk-Based Pricing Notices” at www.NADAuniversity.com in the Learning Hub under “Legal/Regulatory.”
Posted by Doug Knust on August 28, 2011 No comments: