I started working with kids in the summer of 1976 when I was the Assistant Summer Rec Director for the City of Chamberlain. Eventually I was the director and went on to coach baseball, basketball and football. I have worked with kids in some way ever since - some forty plus years. 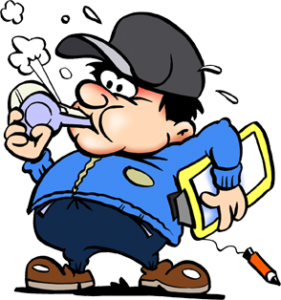 When my wife and I moved from Omaha to Des Moines in 1984, I volunteered to coach a baseball team. The boys were 12-14 years old and we had a good summer. I enjoyed working with them and I believe the boys had fun. We were respectable - I think we were about .500.

Toward the end of the season, one of the fathers asked me if I'd be interested in coaching the St. Theresa's Cardinals. We belonged to St. Theresa's Parish and several of the boys on the baseball team would be on the football team so I agreed to coach them.

So later that summer, I went to an organizational meeting at one of the other Catholic churches in Des Moines. I could tell from the minute I entered the room that this was not going to be like my baseball experience earlier that summer. The room smelled like testosterone and I think I saw guys keep getting up and peeing in the corner!! This room was full of guys determined to relive their football glory days!